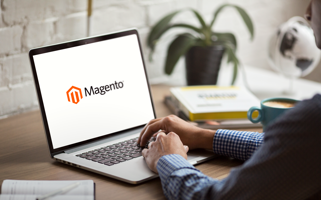 The end of February came with a lot of preparation and passion for coding. 10 enthusiastic Scanidwebians shared their weekend in theoffice to create 2 amazing projects within 36 hours. People involved were not only developers, but also designers and office manager.

We investigated how to make Android TV apps, checked out Google provided sample libraries and combined them with tools that make web parsing easy and fun. — Raivis Dejus, PO

Android TV Leanback samples (https://github.com/googlesamples/androidtv-Leanback) were used as an inspiration and ported to Kotlin (https://kotlinlang.org/) for use in the sample app.

Jspoon (https://github.com/DroidsOnRoids/jspoon) library that can turn website into Java objects was used to parse website to get the content for the app. Reactive components were used for network operations.

The application is intended to fill the big dashboard TV’s publicly available for employees in companies like Scandiweb. The application automatically generates slides every day and shows only the relevant data for that day. The data may include: birthdays, name-days, announcements, upcoming events etc… As previously Google Slides were used, the aim of this app is to automate the process of showing this information. — Abror Abdullaev, Developer

As tech stack Laravel framework was used with Sass preprocessing engine and the blade templating engine.

Laravel is a very flexible framework providing lots of useful features and tools out of the box, so we had to work only with the core of the application.

As the project was done in the scope of hackathon, application was expected to be pretty straight forward, non-extendable, without plugin or event managers (no time for planning, analysing etc.). In the end, the application’s core was done by the principles of KISS (Keep it simple and stupid), although all project goals were not fulfilled during the limited time.

Laravel’s core features were used to implement the admin panel with Bootstrap CSS and some of jQuery table management libraries. While FrontEnd was working with sass by the help of gulp and of course again Bootstrap CSS. Also feather icons and font-awesome icons both in admin and front end were used.

The aim was to implement the functionality that allows to store data in database and later fetches it to display automatically. To reach this goal, a small core engine of the application was built that generates different slides for each day. Admins are also able to generate the slider for specific date themselves as well. Engine checks if the slider already exists and then generates it upon request.

When the slider core was ready, a list of slide types was implemented. Then the first release was launched to check how it is working on the screen. In the end, due to time constrictions, it was not possible to make the app responsive. At the moment it looks good on the big screen, but on laptops.

This project is still being developed further by the team.

Read all about how our office kitchen renovation resulted in more than just an aesthetic interior!