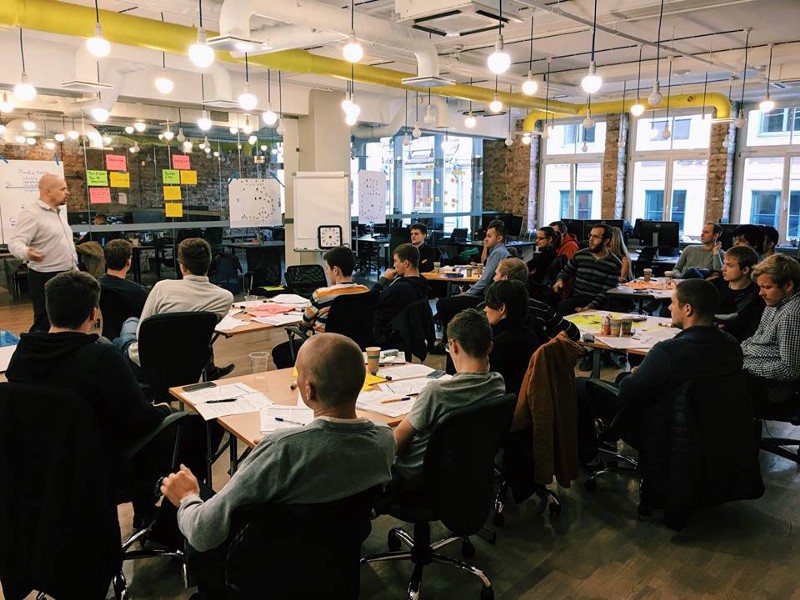 QA team took initiative last Friday to remind that having an app crashing or a feature that doesn’t work properly can be frustrating and can ultimately lead to losing potential customers.

another week, another great workshop in the Scandiweb offices in Riga

Some highlights of what was covered during the workshop:

How to perform Manual Testing

In this scenario the tester assumes the role of the end user and verifies that all the features of the application are working correctly.

The goal of manual testing is to ensure that application is defect & error free and is working fine to provide good quality work to customers.

Basis for the tests is called the Test Basis. It can be a system requirement, a technical specification, the code itself or a business process. The test basis is the information needed in order to start the test analysis and create our Test Cases.

The Test Case Specification document specifies the purpose of a test, identifies the required inputs and expected results, provides procedures for executing the test, and outlines the pass/fail criteria for determining acceptance.

How to write a Test Scenario

As soon as the initial products, such as requirement or design documents are available, we can start testing. By starting testing early, tests can be prepared for each level of the development life-cycle. When defects are found earlier in the life-cycle, they are much easier and cheaper to fix.

The process of software testing

Planning — involves producing a document that describes an overall approach and test objectives.

Control — the activity of comparing actual progress against the plan, and reporting the status, including deviations from the plan.

Test Execution involves running the specified test on a computer system either manually or by using an automated tool.

Evaluating exit criteria is the process of defining when to stop testing. It depends on coverage of code, functionality or risk.

Test Closure activities are done when software is ready to be delivered. Testing can also be closed for other reasons like When a project is canceled, When a target is achieved, When a maintenance release or update is done.

Functional testing verifies that each function of the software application operates in conformance with the requirement specification. Functional testing is a quality assurance (QA) process that mainly involves Black Box Testing.

In Black Box Testing the testing is done without the knowing the internal codes and structure of the program. Testing is performed from the customers point of view and the tester knows only about the inputs and expected outputs of the application. It is called ‘Black Box’ because the software is like a black box inside which the tester cannot see. The main purpose of Black Box Testing is to check whether or not the software is working and client requirements are met.

In White Box Testing the testing is done with the knowledge of internal codes and structure of the software. The tester chooses inputs and exercises the test by giving inputs to the system through the codes and determines the appropriate outputs. The main focus of WBT is on strengthening the security and on improving design and usability of the software.

A properly done testing should:

Interested in finding out more about Testing? Check out the theoretical material for this workshop prepared by one of Scandiweb’s QA Automation experts.

eCommerce is going through a major shift, following the latest events that put global economy and society itself on quarantine. Businesses can either suffer or benefit, depending on the ability to recognise trends and adjust.

Magento 2 is a powerful eCommerce platform, but it shows limitations working with large catalogs and complex business operations. Akeneo PIM is a great solution allowing to handle these issues with ease.
It can be integrated and set up to match the precise needs of any business.