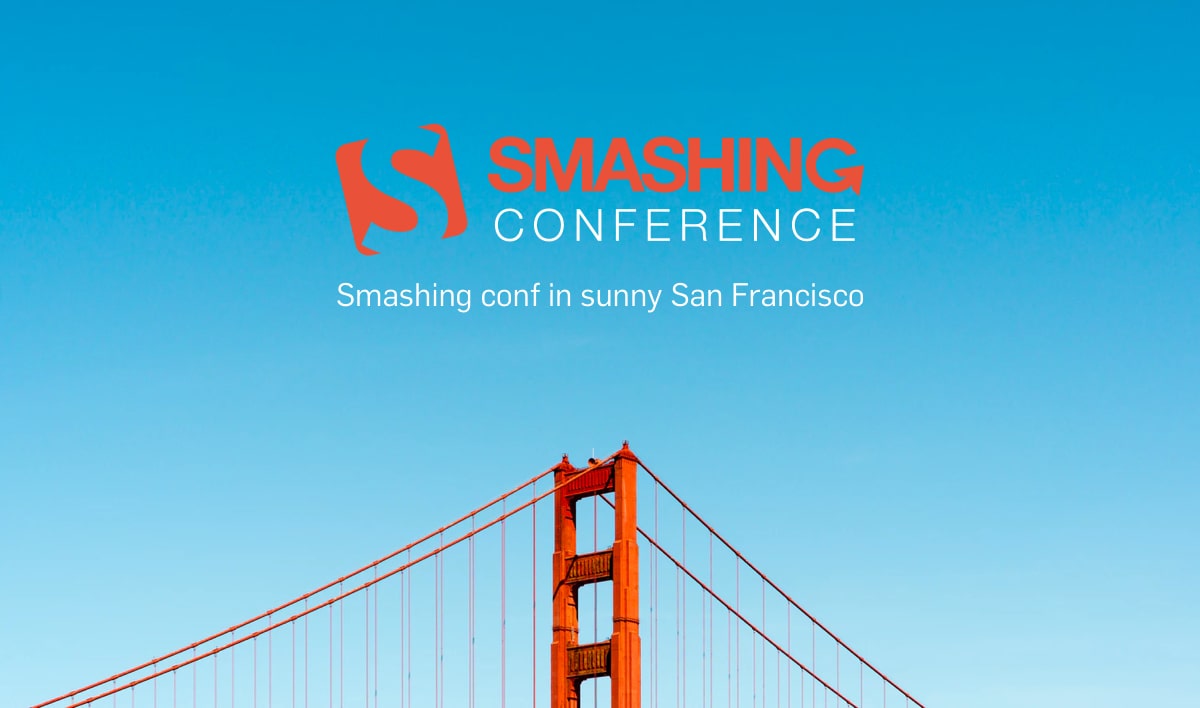 Not long time ago I’ve visited Smashing conf in Barcelona, but a bit later I understood that it is worth to participate in it one more time. Scandiweb gently offered me a chance to become a part of such event one more time.

View from the Port Mason

Since I don’t had any other option, I’ve packed my bag together with good mood. Despite the fact that the flight was extremely exhausting, it all disappeared when I got out from the airport since the weather was sunny and +30C.

Place where conference took place was simply fantastic. It was right on the Fort Mason bay, on the one side Golden Gate bridge and Alcatraz on the other. Very beautiful place. There were a lot of people from various popular companies such as Invision, Drupal, Google, Sales Force, Basecamp and also from other smaller companies, which are less popular but they also have very interesting and trending projects.

Here is all of them http://lanyrd.com/2016/smashingconf/

Such conferences gives you not only useful tips and tricks but also inspiration to move forward and grow up as a professional. Hope that one day I will also be one of conference speakers and will try to share my knowledge and experience with my colleagues and not only.

I could describe what I’ve learned there but I’ll rather skip it and make most use of this valuable information in my work.

But if you are interested, video of conference will be available after 7–10 days right here: https://vimeo.com/smashingmagazine/

The conference inspired me to create a short video of my entire trip to California. I’m not a professional, I’m just an average Iphone user. Every time when I’m watching this video it brings me emotions, good mood and keeps me smiling.