If you’ve been reading these stories, you’ll have noticed that every other person highlights the work environment as an amazing part of Scandiweb. The people featured in this episode are the main reason behind it! They are the glue that holds the Scandiweb family together, by organising events, by resolving issues, by making the office environment better. Here are 5 of the funniest, friendliest and most helpful people in Scandiweb! 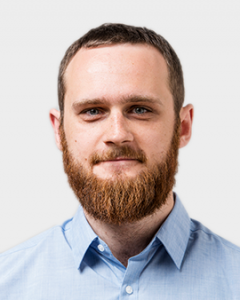 When Eduards was 5 years old, a lady convinced him that Mickey Mouse walks around the market’s dairy section during the night, poking holes in cheese with his fingers. Now he’s the office manager at Scandiweb — the one who makes the office come to life. Responsible for managing the offices/events/supplies, Eduards is one of the main reasons why so many people find work at Scandiweb so enjoyable. Naming thinking outside the box as his most valuable skill, Eduards will find a solution to any problem, no matter how impossible it may seem.

Outside of work, you’re likely to find Eduards on his bike some 70km outside of Riga starting to wonder whether it’s time to cycle back yet. An active man of many interests, Eduards enjoys stepping out of his comfort zone and getting everything he can from life. A fan of EDM, video racing simulators, photography and travelling off the beaten path, Eduards is a vibrant person and an unmatched storyteller.

An embodiment of Scandiweb’s energetic spirit, Eduards is always up for doing crazy and awesome things! 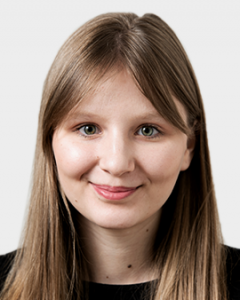 “If you’re the smartest person in the room, then you’re in the wrong room”

Born and raised in Nojabrsk, Russia, Arina used to be convinced that Father Frost (the Russian version of Santa Claus) was real. Now she holds the Human Resources position in Scandiweb. Arina, being responsible for interviews, is the first point of contact for many newcomers, encouraging them with her comforting smile and welcoming aura. When she’s not conducting interviews, Arina solves problems — if any colleague has an issue or question, she will put it right with lightning speed. Exuding a calm friendliness, Arina is very approachable and her positive let’s-fix-it attitude will put anyone at ease and make them open up — be it someone’s first interview or an internal issue.

With a broad range of interests, from painting to tennis, to music, to floristry (she has a professional diploma!), to literature and poetry, Arina is a woman of many talents. A point of pride for Arina is having become a teaching assistant in the SSE, leading microeconomics seminars, while only being a second-year student! What began as a small seminar for 5 people, eventually attracted over 60 regular attendees.

Being someone who dislikes sitting on her hands, Arina is pleased with the dynamic work environment at Scandiweb and the open atmosphere among co-workers! 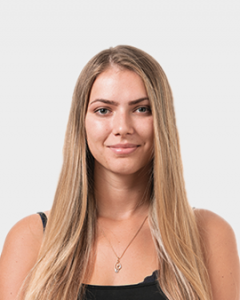 As a child Anastasia was constantly afraid of the wind, thinking any gust of wind could carry her away! Now she’s a Junior HR/Office manager improving the working environment at Scandiweb for everybody! With a keen eye for spotting where there is room for improvement, an energetic enthusiasm for organising events and an uncanny feel for where help is needed, Anastasia makes the office a friendlier place every day! She’s a natural at understanding what is missing and what needs improvement, which combined with a drive to see things through to the end and a perpetually positive attitude makes her perfect for her position! Despite this, Anastasia is always looking to improve — self-development playing an important part in her professional growth.

Active by nature, Anastasia has over 10 years of horse-riding experience under her red Taekwondo belt, which she recently achieved after 4 years of training. She credits Taekwondo for being an excellent physical outlet, as well as a source of confidence and energy. Traveling, attending events, acting classes — Anastasia has many interests! A point of pride for her, however, is recently having taught herself to do the splits!

Opportunity is what stands out for Anastasia in Scandiweb. Anastasia is also very fond of her colleagues and her supportive team! 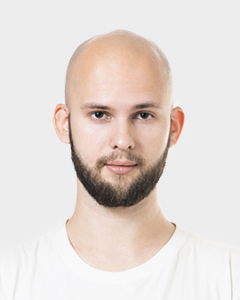 As a child, Edgars used to fully believe an urban myth that there’s a sunken truck with a driver inside at the bottom of a local pond! Now he’s Scandiweb’s HR Analyst, collecting employee & event statistics, analysing trends, helping organize events and working with a team on exploring the possibilities of Scandiweb entering the UK market. Always eager to learn, Edgars credits his BA studies for teaching him how to do so in a more purposeful and structured manner. He also highlights the ability to maintain focus on an issue at hand as the most valuable skill for working in any environment. A focused approach, applied to any issue, will always produce great results and help with bringing a task to an efficient close.

A rock and metal enthusiast, Edgars has attended well over a 100 concerts in his lifetime. Being a fan of David Fincher’s work, Edgars enjoys a good movie, especially those with cyberpunk and space odyssey themes. Similarly, his taste in books also primarily revolves around the sci-fi genre, citing Peter Watts, Paolo Bacigalupi and Frank Herbert as favourites. Edgars has also completed his own borderline sci-fi adventure, having lived and traveled for 2 years solely using cryptocurrencies to prove that it’s possible!

When it comes to Scandiweb, Edgars loves the dynamic, constantly changing environment and reveres his colleagues who are as dynamic and adaptable as the environment itself! 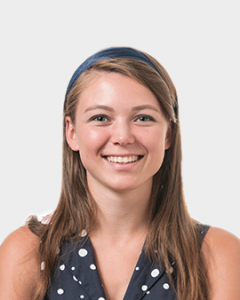 At a younger age, Madara was fully convinced, after seeing it being done on someone else in a detective show, that Michael Jackson had a skin transplant! Now she’s an HR, doing interviews, organizing events and leading on-boarding — making sure that the newcomers are properly integrated and set up. With a lifelong talent for multitasking and a passion for event planning, Madara is right in her element at Scandiweb! She enjoys every step of the recruitment process and finds pleasure in seeing people become a valuable part of the team. A lively and friendly person, who can build rapport with anyone, Madara brightens everyone’s day on a daily basis!

Art school, music school, competitive swimming, archery, books, cooking — Madara has done it all! Formerly an avid fantasy enthusiast, her interests have shifted toward more classical literature, citing Dostoyevsky, Remarque, Victor Hugo as some of her favorites. She can also bake a fondant that will melt in your mouth!

In terms of favourite things about Scandiweb, Madara mentions two. Firstly, she likes the company’s attitude — we never ignore anyone who takes an interest in our company and always take care of the employees. Secondly, there’s a unique, borderline-chaotic atmosphere, within which people seem to thrive and make the best progress!

It’s your job interview with Scandiweb! Are you ready? Here’s what you can expect from the conversation with your next employer and some tips.