Scandiweb boasts a large and continuously growing team of brilliant minds. In this, the second instalment of our team stories, Scandiweb would like to introduce you to 5 more developers out of our team of 160+. They shared their stories, their skills, their experience, their passions and the advice they would give to their younger selves. 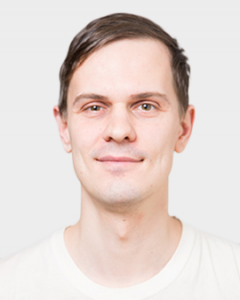 Raivis is a senior developer at Scandiweb, with over 15 years of technical and managerial experience under his belt. An expert in latest technologies, Raivis is working non-stop on improving websites and updating Scandiweb’s technological arsenal with the best the world has to offer. With an in-depth understanding of both the technical cycle, from the first request leaving a users’ browser, hitting the server and getting back, as well as the results this produces for client and customer, Raivis works with a holistic perspective, constantly striving to facilitate progress at every level and improve everybody’s experience.

Raivis is a lively person, who enjoys the occasional airsoft game and all things eco or green. A proud father, Raivis enjoys rediscovering the small, but valuable details of the world with the help of his young daughter.

As someone with a perpetually positive attitude who derives satisfaction from results achieved through hard work, Raivis finds joy in the fact that Scandiweb and its team both echoes his positivity and his results-driven work ethic. The parties are nice too, of course. 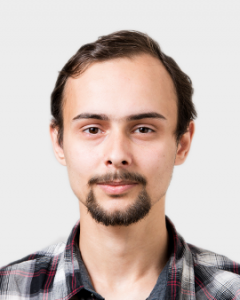 “Do not develop games. Go for e-commerce right away”

Born and raised in Riga, Vladislavs is a developer at the Scandiweb support department, with a diverse range of responsibilities- programming, marketing, server administration, project management and various support tasks. A higher education in programming, many months with various startup companies, game development and previous experience with e-commerce have all contributed to Vladislavs’ rich knowledge base, which is put to heavy use on a daily basis.

When not at work, Vladislavs enjoys walking long distances, longboarding and playing board games, especially cooperative ones such as ‘Pandemic’. He also enjoys applying his technical knowledge to personal projects, programming for fun during his free time, assisted by a pleasant cup of coffee.

Vladislavs appreciates Scandiweb’s community and its supportive mindset. Each new day brings a new challenge and Vladislavs is happy to meet them head-on, contributing both to his personal as well as Scanidweb’s growth. 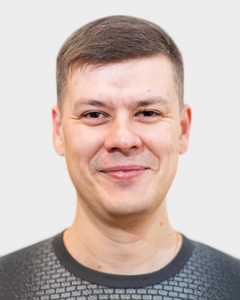 One day during his childhood Vadims was walking with some friends and they spotted a very small, angry dog. Wondering what breed it is, they got convinced by one of the older kids that it’s a wolfhound — a dog used for hunting wolves. Now Vadim is a senior iOS developer with over 15 years of relevant work experience, 8 of which have been spent working closely with iOS, C++, C#, JS, PHP. Understanding iOS development thoroughly, Vadim excels at all the stages of the process and can create a project in its entirety from the ground up!

Vadim likes to have a good time and meet new people. Whether it’s doing BBQs or playing board games or FPS’s with friends, Vadim’s light-hearted attitude always makes for a great atmosphere at any event.

Moreover, the work events are one of Vadim’s favorite aspects of Scandiweb — anyone can organize an event and if enough people want to participate, Scandiweb covers the costs! ScandiFEST is also a big plus for Vadim, as well as the opportunity to work from our summer offices right next to the beach! 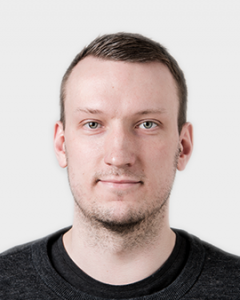 Since an early age, Dainis has been a very rational person, always drawn towards logic. Dainis is a front-end developer, specializing in ReactJS, whose primary responsibility is producing high-quality code and he does just that. With significant professional experience, and a computer science degree in the works, Dainis enjoys a challenge — the pursuit of excellence being an objective he shares with Scandiweb. Dainis has developed an enviable skill that is put to much use at work — he can go from 0 to 100 instantly, focusing with the intensity of a laser beam on any immediate task.

Dainis is a practical and altruistic person. Whether it’s rescuing homeless animals, fixing screeching cabinet hinges at home or just learning his favorite tunes on his guitar, Dainis is continuously working on improving himself and the environment around him.

Dainis’ favorite thing about Scandiweb is the goal-oriented mindset shared among everyone. People from different backgrounds, with different ideas, characters and approaches to life come together to produce something exceptional.

← Read the previous episode!
→ Read the next episode!