Scandiweb team stories as our cherished weekly tradition got kicked-off last summer. It’s a way to let the world, but essentially — our blog reader audience and other colleagues get to know the faces AND the personalities behind all the awesome SW projects and achievements.

Since last year, there are 23 episodes and 115 stories out there already, and we figured it’s about time to re-launch the storytelling. We’re returning with a mixed group of teammates from various departments with very different responsibilities. Here they go! 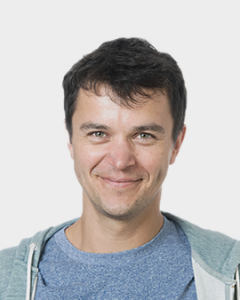 “Keep doing what you do”

Aistis grew up in Ignalina, Lithuania. When he was a kid, his father was working as an instructor. The first time Aistis heard this job title, he imagined it sounding just like “constructor” and from that moment on was convinced his father has a dream job of building things out of a huge pool of plastic bricks. He’s now a true builder of his own — building, i.e., developing Shopify themes at Scandiweb and creating + supporting custom applications that are used by the Shopify store. Since 2008 Aistis has been gathering knowledge in eCommerce in various management positions that come in handy working on every project here.

As a pastime and beloved hobby, cycling takes it all. No matter if Aistis is doing a century ride over the mountains, race against others in a local MTB race or just going for training on roads next to his house — he feels as if he’s always getting back from those as an improved version of himself. And that’s the version he tries to be with his wife and daughter every day. The rest, he says, is not so important.

Scandiweb for Aistis is a great place to grow as a developer, and there’s still potential here to greatly extend the list of things to learn and be curious about. Aistis also states that a community without coworkers couldn’t exist, so he dearly appreciates the teammates. 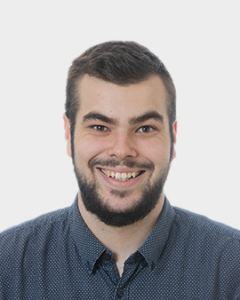 “Start programming (it’s easier to start learning when you are 12), and buy some bitcoins!”

Born in Germany but raised in Latvia, Daniels was a tirelessly curious child asking the big questions: why is everything like this, but not in any other way? how are things invented? After an unorthodox job interview in a taxi, Daniels joined Scandiweb’s Finance department. He’s found a way to apply his curiosity to search for innovative solutions in his day-to-day assignments. Daniel’s work is mostly related to KPI system implementation, but recently he’s been busy with creating auto-report systems. Having gathered a solid set of skills in statistics throughout the years, as well as being a fast learner, Daniels keeps his colleagues in safe hands when it comes to being responsible for our finances.

Once been a dedicated football enthusiast, now Daniels enjoys watching scientific tv-shows and science-fiction movies in his free time, reading detectives and finding cool concerts to go to. Playing interactive board games with his friends is another enjoyable type of relaxing in-between work.

When asked to name a great thing in Scandiweb, Daniels can’t help but answer — everything and everybody. The helpful colleagues and positive atmosphere make for incredibly delightful working hours every day of the workweek. 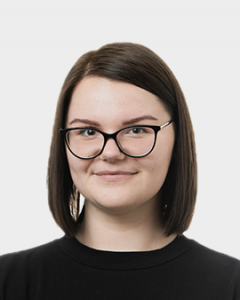 (to her 10-year-old self) “Stop being scared of everything, kid!”

Scared of the forests, for example. For the first several years of her life, Luize believed there are ghosts living in every forest, so she tried to avoid them at all costs, only to grow up as a real nature lover. Luize spent her childhood in the deep countryside by the Latvian-Estonian border. Because all of her closest neighbors were Estonians she just smiled at and played games with, she was convinced she’s an Estonian, too. Only after some time, Luize finally realized she was, in fact, Latvian, and forests are wonderful. Now she’s a significant part of Scandiweb’s HR department. Luize is the person by your side at any given moment for the first 3 months of your journey in Scandiweb. She’ll make sure to use her creativity to find ways to assist, help, and motivate in any given situation. In case something’s up, she’s the person who’s always at your reach.

When free from work, Luize loves to go on short weekend trips around Europe and finding all the best coffee places over there. Not only that, she’s managed to go on a hike on a few big mountains and a glacier! Luize’s most favorite pass time activities though can be summarized in drinking coffee, socializing and cooking up a storm in the kitchen.

Luize names unity, creativity, innovation, and humor as the four pillars of Scandiweb holding it together this tightly. The outside of the box thinking is much appreciated and has pushed her to come up with unconventional solutions to any situation. 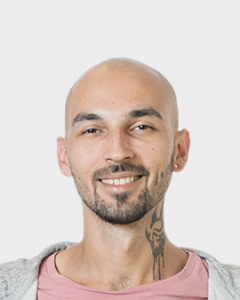 In childhood, Renārs was curious about the nature of things which made him ask questions and doubt the status quo. He remembers once RenTV taught him that water had structure. He grew up to be an excellent self-taught software developer, now applying his skills within the Support development team at Scandiweb. Previous work experience and traveling quite a bit have granted Renārs with an array of soft skills too that help to deal with day-to-day tasks and create a productive, positive team environment.

When spending time outside of work, Renārs is the first in line to try any activity be it skateboarding/longboarding, cycling, running, tactical driving (some might call it aggressive driving), climbing mountains. He even once hitchhiked from Riga to Greece and back! The list doesn’t stop there. In his free time, Renārs enjoys fixing stuff or helping others fix stuff, getting rid of unnecessary junk to practice minimalism, and then, what do you know — dancing to techno all night after.

One thing Renārs highlights and values about Scandiweb the most is that employee well-being matters here. 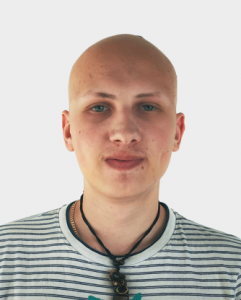 “Throw your laziness away and work harder, it will pay off”

Many years ago Rolands wholeheartedly believed in tooth fairies until he accidentally found a glass full of his teeth at home. Granted, it was creepy at first, but he figured it out. He’s now a junior developer at Scandiweb responsible for web developing. With all the insights gathered through the years of practice and polishing his programming skills, Rolands writes styles and makes features for web pages on a daily basis.

One of the fondest memories for Rolands is traveling to Paris as a kid and going to the top of the Eiffel Tower, which he describes as the greatest feeling he’s had in his life. However, with all the responsibilities of adult life his favorite free time activity is simply being lazy. Rolands enjoys combining this blissful laziness with watching horror movies and playing video games.

In Roland’s opinion, the best thing about Scandiweb is the support that the teammates have for one another. Everyone is like an encouragement to work harder.