Episode 23: It’s the Developers and more!

Some more developers are sharing their stories and they are joined by Oleksii — a 2 year Support veteran, turned regional manager for the UK! Fantastic people with fantastic stories, they’ve got funny childhood tales, valuable advice and insights about their day-to-day that they’re willing to let you have a glimpse at! 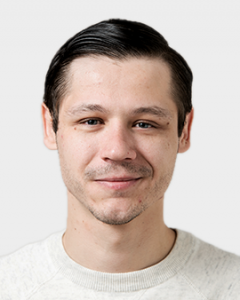 “Study more and think before you act!”

During 4th-grade art class, Vjaceslav had to draw a house with a garden. The teacher didn’t like Vjaceslav’s tree — it was brown — and asked to paint it green. He repainted it in the same colour. Thinking he was being a brat, the teacher called his parents, who had to come to see the principal. That’s when everybody, including Vjaceslav himself, found out he’s color blind! Now Vjaceslav is a senior developer, specializing in JavaScript. One of the first in Scandiweb to fully explore the limits of JS, Vjaceslav has contributed to many projects, creating large custom FE solutions, working with blockchain, as well as microservice infrastructures — he enjoys big projects! Vjaceslav’s success comes from striving to do things better and being highly responsible, always taking projects to their best possible conclusion.

Vjaceslav enjoys expanding his knowledge base, so you will find him reading a lot, especially technical literature. He also enjoys writing things such as technical research to give others helpful insights, however, he also likes to touch on topics outside of IT. Vjaceslav is a skillful cook and he’s a wiz with desserts!

At Scandiweb there’s freedom to do more! Vjaceslav likes the abundant opportunities for self-development — your ideas are taken into consideration and you are encouraged to act on them! Scandiweb is not a company of 170 employees, but a company led by 170 individuals. 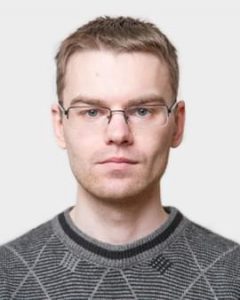 Dmitrijs was born in Potsdam, Germany and grew up in Daugavpils. Now he’s a web developer at Scandiweb and has been for 6 years, primarily doing styling and PHP/JavaScript programming — adding changes and fixing issues in Magento stores. When prompted for his most useful skills for being so good at what he does, Dmitrijs replies bluntly — technical experience with PHP/CSS/JavaScript. His deep technical know-how, however, has been developed through years of work and practice and is constantly growing thanks to a healthy attitude towards learning.

Spending his free time immersed in media, Dmitrijs enjoys captivating and well-made movies & TV series. When not watching something, Dmitrijs is either pc gaming — a hobby he has had since an early age, or, relatedly, doing game development — working on his own personal projects and learning everything he can about the art.

When it comes to Scandiweb, Dmitrijs likes the lax working policy, which makes for a very free environment. The option to sometimes work from home is also a big plus. 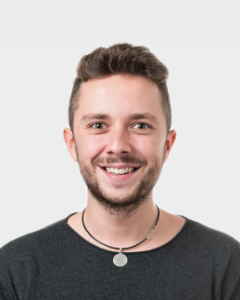 At a younger age, Oleksii believed that if he would buy all the Harry Potter books on the day of release, he would get noticed by Hogwarts and receive an invitation letter — and he’s still trying to get his hands on everything related to the first ones! Part of Scandiweb’s Support department for 2 years, Oleksii has now become a New Business Developer and is Scandiweb’s regional manager in the UK! Representing the company, generating contacts, converting them, attending meetings and presenting solutions — Oleksii has his hands full and his technical knowledge, combined with his education and work experience in international economics is crucial for staying on top of the game. Highlighting self-expression and a healthy attitude toward criticism as valuable skills in any area of work, Oleksii practices what he preaches!

A man of many talents and hobbies, Oleksii enjoys writing novels, playing the guitar, travelling, yoga. He also enjoys restaurant-level cooking and he’s playing with the idea of getting a Michelin star, but that’s still a ways off. Nevertheless, he’s interested in the culinary arts and his speciality is mixing incompatible products into delicious meals. Given his very mobile lifestyle, Oleksii is very happy to have found a life-partner that supports him and goes with him on his adventures.

When prompted about his favorite thing in Scandiweb, Oleksii keeps it brief — people inspire each other. 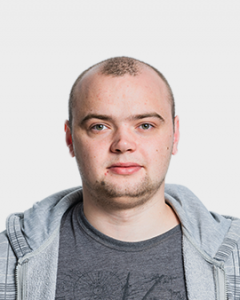 Like most children, Artis believed strongly in the existence of both Santa Claus and the Easter Bunny. Now he’s a developer. Artis’ life at Scandiweb started with fixed projects, followed by a stint in the Support Department, before trying his hand at being a dedicated developer — after this professional excursion, Artis finds himself happy to be back in the Magento Support Department! Technical experience (HTML/CSS/JS/PHP) is what helps most at work and is positively supplemented by a well-developed ability and drive to learn and progress. With experience on multiple platforms, from Magento to Bigcommerce, Artis is a great addition to any eCommerce development team.

A former floorball enthusiast, Artis has put this hobby on hold because there’s a lack of options for playing in his town, however, in its stead, Artis packs his free time with all sorts of video games! He also knows his way around the kitchen and, at a younger age, wanted to become a cook. From getting his driver license to graduating as a programmer, to walking on glass and coals — Artis has a healthy sense of pride about the transformative victories in life!

The highlight of Scandiweb for Artis are the parties and events, of which he is a frequent attendee, living by the motto — Work Hard, Party Harder! 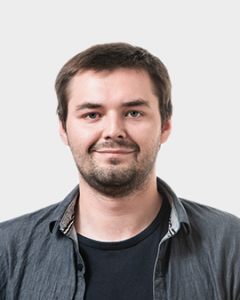 “Failure is another stepping stone to improvement”

As a child, Sergejs believed that the electric substation next to his house would let monsters loose at night that would snatch up kids out after dark! Now he’s a game dev-turned-multifunctional-developer, part of Scandiweb’s Support Superheroes, which means his day-to-day is ever-changing and he’s solving a wide range of problems for a variety of projects. Debugging is his speciality and it’s probably, by and large, the most useful skill in Support. Communicative by nature, Sergejs understands that the team’s success depends on close collaboration, so he is always proactive in seeking help and helping others whenever possible.

When not at work or studying, Sergejs enjoys a good book or a good movie to help him unwind. He’s also currently learning to play the guitar and is making progress in leaps and bounds. However, the thing he excels at is cooking and he can whip up a delicious meal as few others can!

When prompted for a favorite thing about Scandiweb, Sergejs mentions the community and his close-knit team — there’s really nothing to dislike about the company!