What do a world-renowned curling player, a self-taught tuba player, a live-action role-player and an expert video game player have in common? A passion for programming and a job at Scandiweb!

Scandiweb boasts a large and continuously growing team of brilliant minds. It would be a shame if their stories went unheard. In this, the fourth instalment of a lengthy series, Scandiweb would like to introduce you to 5 more developers out of our team of 160+. They shared their stories, their skills, their experience, their passions and the advice they would give to their younger selves. 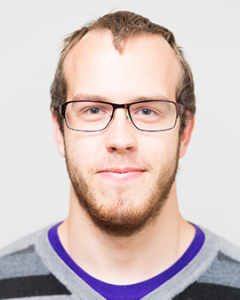 “Get a good teacher for programming”

Andris used to believe that programmers just type random letters to make things happen, similarly to how cheat codes work in computer games. Now he’s a developer, currently working with the LF148 team, writing back-end code and dealing with fuzzy scope tasks. Andris feels best in a demanding environment, as he’s always ready to learn and the faster the pace, the better. In unison with this eagerness to learn, he also mentions good English and adaptability as skills of paramount importance for successful programming.

A fan of story-driven games, Andris enjoys both tabletop (D&D) and video games (The Witcher 3), but he’ll give anything a try if it seems interesting enough. TV shows and movies are also a treasured passtime for his, a favorite being ‘Psych”. Andris, almost too casually, mentions that he got 8th place in the world in mixed doubles curling and that he hopes to replicate and improve on this achievement in the world of programming.

Andris appreciates his colleagues for their helpfulness and for the trove of knowledge each of them possesses and is willing to share — you can learn something from everyone. 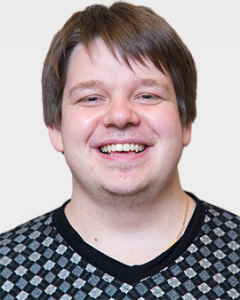 “Be more open to the world and people”

Born and raised in Riga, Ilja has spent a lot of time abroad, studying in Poland and working in the UK. Since 2015, he’s back in Latvia and working as a developer and infrastructure engineer at Scandiweb. Responsible for everything technical, Ilja is the one leading the development environment to become Dockerized, implementing company-wide changes and sometimes also meeting with clients. His greatest strength is loving what he does, which, coupled with his analytical skills, a knack for understanding people and their needs, and being able to envisage a problem from the perspective of all involved parties, makes Ilja the perfect man for the job!

Ilja takes pride in being a good family man, as well as in his career — it took a lot of hard work to get here. When not at work or with his family, Ilja is driving. He doesn’t need a destination, since the most valuable part for Ilja is the journey and simply the experience of driving, watching the countryside and the cities whiz by.

Ilja always has great ideas and he’s thankful for the opportunity to work in a liberal environment that permits him to express himself through his work in a way he feels best. Or, as he puts it laconically — Scandiweb is different. 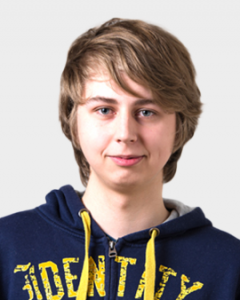 As a child, Rihards used to believe you can get stuff for free, as long as you have a plastic card. Now he’s a developer working closely with the Magento 2 platform, contributing daily to crucial projects. Rihards is a goal-oriented person, with a knack for problem-solving, who likes seeing great projects brought to their best possible conclusion. Constantly looking to improve himself, Rihards highlights making mistakes and learning from them as an essential condition for doing so.

When not at work, Rihards’ self-improvement continues — programming and keeping up with the latest technological trends. He’s also an avid gamer, his skill considerably surpassing that of the average enthusiast.

Rihards’ favorite thing about Scandiweb is his coworkers and the understanding community that has developed. A mutually supportive environment permits Rihards to thrive and utilize his skill-set to its full potential, resulting in a closely-tied development of both himself and Scanidweb. 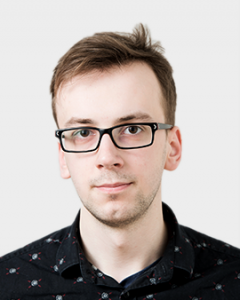 Janis used to believe that there are miniature people living inside every single TV set. Now he’s a Magento 2 developer, working primarily on Magento 2 theme frontend development. A self-taught programmer, Janis developed his foundational skills through reading and individual practice to the point where he was eligible to apply for an internship at Scandiweb and he did just that.

When not at work, Janis is either reading, watching movies, playing video games or playing football — a game which he excels at. A point of pride for Janis, and a testament to his self-teaching abilities, is having learned to play the tuba without going to music school.

Always looking to better himself and absorb all the knowledge he can, Janis appreciates his experienced colleagues and their insightful helpfulness. Janis is a quick-witted member of the team, consistently delivering on time and proving his worth on a daily basis.

It’s your job interview with Scandiweb! Are you ready? Here’s what you can expect from the conversation with your next employer and some tips.