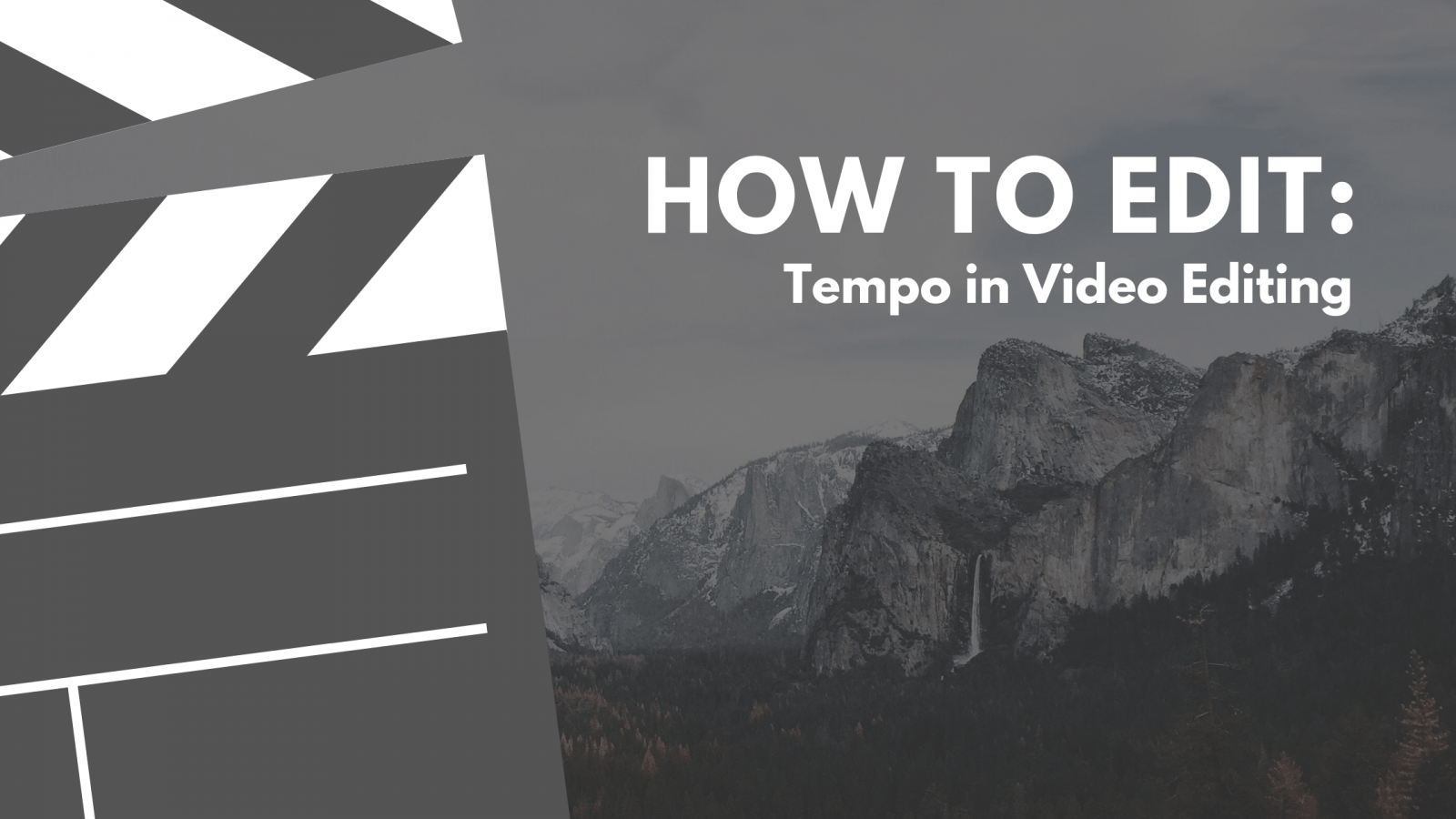 How to edit? Although it may sound like it, I don’t mean it rhetorically and also not the technical aspect. I’m talking about that initial question that arises when one begins cutting the video in pieces and putting it together.

For how long to show the current scene and when to switch to another? The answer to that is in the “fourth dimension” of video editing – tempo.

This tool impacts the final impression of the video, as well as the colors, music, or visuals, so you should keep it in mind. The fast and dynamic cuts won’t raise the same feeling as long and calm shots. If you’re taking footage with a shaky camera, it will create a different ambient than steady-shots.

What if your video length exceeds 30”? It is quite boring to watch a piece of media set at one pace. The mind is getting tired and the viewer’s concentration and ability to get an impression will decrease.

Just as a plot, your video tempo has to fluctuate over time, change, and evolve. According to Daniil Kharms, a musical masterpiece should contain the following repeating phases:

This describes the scheme by which you can get an exciting dynamic cut. The whole movie can be neither super-quick nor almost still. The phases should follow one another and support the viewer’s excitement.

Of course, there is no universal recipe with certain timings to follow. But if you keep this scheme in mind, overlay it with your plot and footage, and try to understand the purpose of each part of the video – you will feel it. Just as video editing in general, mastering tempo is based on feeling, not calculating.

How am I usually doing it?

After making the first draft cut and constructing the plot, I’m re-watching the whole video in parts accompanied by the classical music playlist. I’m switching compositions until I feel that the mood corresponds to the one I want to bring into each part of the video, and I adjust the tempo of my cuts to support the desired mood.

In short, feel the mood. You should feel like a musician when adjusting your cuts. If something disturbs you to get the desired impression – cut it, speed it up, slow it down – improvise.

Need video editing assistance? Let us help you! Check out our creative design services here and don’t hesitate to reach out!

Learn what it takes to build an effective abandoned cart email strategy and decrease checkout drop-off on your eCom store, by implementing these tips.

User onboarding impact on user retention in mobile apps can be crucial. Use these onboarding best practices to retain new users in the app.

Read a case study on how we built upon existing assets and unified elements into one design system.